Yesterday I had a rare but deserved day out. Part of my plan for 2013 is to do a trade show but decided it might be a good idea to visit a trade show to see what it's all about.

I grabbed a couple of my crafty friends and off we went to Earls Court in London to Top Drawer, their tag line claims they are 'The UK's leading event for design-led gifts, lifestyle & fashion accessories.' Perfect!

As you can see from the first photograph, I don't get out a lot. 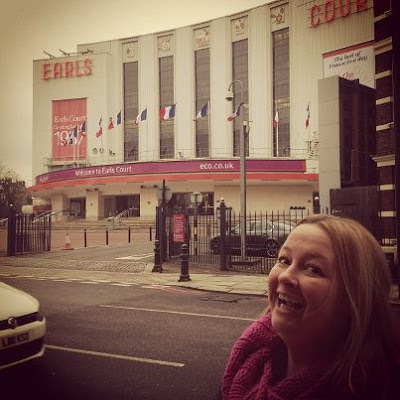 If I am going to embark upon the world of tradeshow there were some things I wanted to know first. For instance how much space do you get for your money (not much I found) and what sort of printed materials do prospective customers expect? I'm a sucker for a postcard but are buyers and do they expect free stuff too? 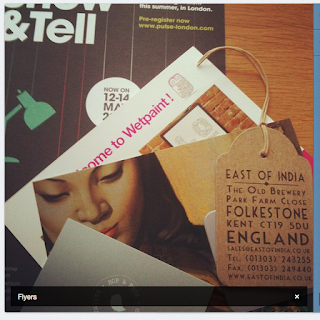 I found that there were lot's of creatives like myself there with fairly small stands just handing out business cards and pricelists, and then equally there was the other end of the scale, one stand I particularly liked was Hemingway House. It was a beautiful stand with some very special tiles: 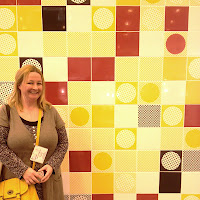 Another eye catching stand was Dots and Spots, owner and designer Becky Peabody was absolutely lovely and gave us some samples of her paper, which I am really interested in for gift wrapping my products. 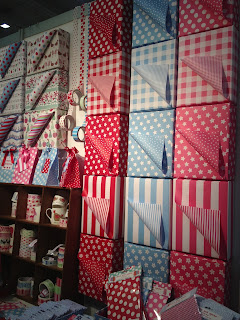 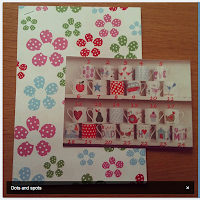 By mid afternoon I was a bit overwhelmed by the bright lights, so decided it was time to head outside for some air, so we spent the next couple of hours wandering around Notting Hill and Portobello Market. 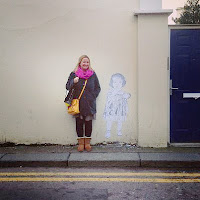 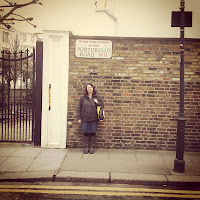 We were getting a lateish train home so spent an hour or so pootling around the wonder that is St Pancras station. It really is a beautiful place with some pretty nice shops too. 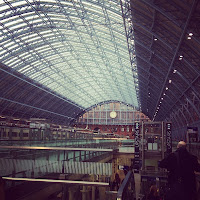 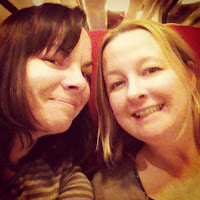 Then we headed home, extremely tired (although Deanne kept me giggling all the way, even when I nearly gave her a black eye opening my train picnic on the homeward journey).

Thanks to the super talented Deanne of Quirky Boots for the pics in this post. We also traveled to the event with seasoned trade fairer and fellow craftsperson Louise Verity of Wall Envy Art. 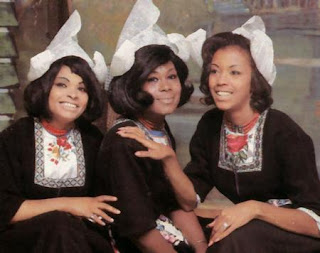 I have just had the strangest experience and had to share. If you have just been listening to 6 music yes that was me as a participant in The Chain!! For those of you who don't know The Chain is a series of songs that are somehow connected, I connected Mumm-ra (She's got you high) to the Marvelettes (Too many fish in the Sea).

Here's how I made the link:

Mummra was the bad guy in the 1980's cartoon Thundercats and the Thundercats was made by Marvel comics, so I chose a song by the Marvellettes!

I was extremely nervous, this sort of thing is way out of my comfort zone but don't think I made too much of a wally of myself, and Chris Hawkins (who I have a not so secret crush on) was very nice so it just felt like a phone call :)

What a good way to start the new year! Cheers 6 Music, especially Hen (you know why) x
Posted by Unknown at 14:42 9 comments: